Five Signs Your Child is Overtired 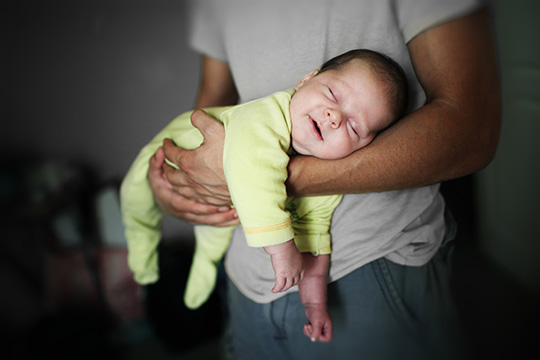 For anybody confused about the terminology, yes, there is a big difference between being tired and being overtired.

Being tired is a good thing, assuming it comes at bedtime. It’s a sign that our bodies are ready to do some maintenance work on our muscles and our brains, that we’ve gotten a decent amount of exercise, and we’re not ridiculously stressed about anything. In short, being tired at bedtime means we’re right on schedule.

Overtiredness is another beast altogether.

For adults, overtiredness or exhaustion can leave you irritable, lethargic, a little slow in the head, and craving high-fat, high-carbohydrate snacks, as your body looks for a quick fix for its depleted energy stores.

Children and infants suffering from overtiredness manifest their symptoms in different ways. The truly cruel joke that mother nature plays on children, (and their poor, exhausted parents) is that being overtired tends to manifest symptoms in ways that exacerbate the problem.

That’s right. It’s one of the few examples where nature really doesn’t do its thing very efficiently. Kids who are exhausted tend to have:

Brutal, I know. No wonder that so many parents have such a hard time getting their kids onto a proper sleep schedule.

So how do you know if your child is overtired? Well, here are some indicators:

The so-called “witching hour” between 4 and 6 PM is when a lot of parents notice their kids getting ridiculously fussy, irritable and irrational. Parents tend to think of this as a normal occurrence because it’s common in toddlers, but the truth is, if your child is getting enough sleep, this shouldn’t be happening.

I know. Some of us have clingy kids. In fact, just about every toddler tends to hang off of their mom to a certain degree, but kids who are overtired tend to latch on to their caregivers more than their well-rested counterparts. 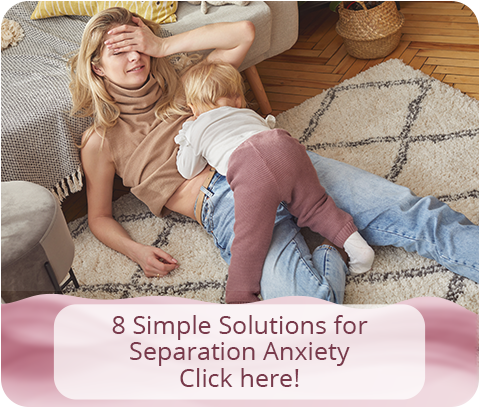 This is a funny one, and a real red herring for a lot of parents. Logic dictates that a child who’s not getting enough sleep should be sluggish and lethargic, but the opposite is, in fact, much more likely. Kids get into a very hyperactive state when they’re exhausted. Like I said, nature doesn’t seem to balance itself out in this circumstance.

If you’re noticing a lot of micro-snoozes in the car or the stroller, chances are it’s your little one’s brain trying to make up for insufficient sleep. Unfortunately, these naps are too short for the brain to slip into a deep enough state of sleep to do any restoration work, which is what an exhausted child really needs.

Granted, a well-rested child isn’t going to be immune to the occasional meltdown, but when they’re overtired, that fuse of theirs is noticeably shorter and easier to light.

So how does this nasty little spiral get going in the first place?

Typically, what I run into as a sleep consultant, are parents who have allowed their child a little freedom to sleep when they seem tired. After all, what better to gauge a child’s bedtime than by when they seem to be ready for bed, yeah?

And that is a big, bad mistake.

First of all, kids don’t display signs of fatigue the same way adults do. We associate sleepiness with our bodies slowing down, easing off the gas and getting us ready for a snooze.

These signs can be visible in kids, but they’re often mixed in with some conflicting signals, or absent altogether. Kids typically don’t look forward to sleep the way adults do. We adults embrace the ritual of brushing our teeth, getting into some comfy night clothes and crawling into our big, comfortable bed. (Just talking about it makes me want to take a nap right now.) 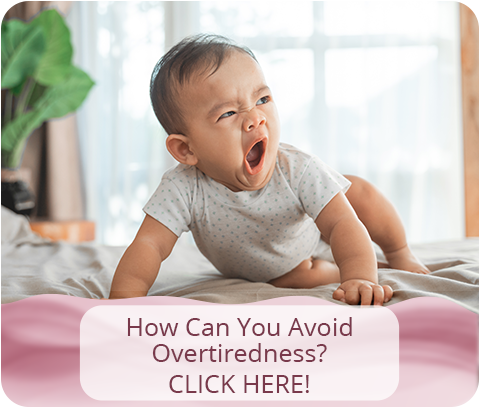 As such, they tend to want to push sleep away as much as possible, and with all of that energy they’re packing, they can really push it pretty far. Toddlers need between 11 and 14 hours of sleep in a given 24 hour period. Assuming your little one sacks out for 10 hours at night, (and that’s a big assumption) that means she needs another two to four hours of naps during the day.

Do you think she’d go down for those willingly? When’s the last time you saw your toddler voluntarily put on her PJs, brush her teeth, and say, “Well, I think I’ll take a little nap.”

(If your little one does do this, please get a video of it and send it my way, because that would be downright hysterical.)

Maybe you’re asking yourself, “What’s the big deal? So she doesn’t get as much sleep as she should. Neither do I. Neither does my husband. We get by alright.”

For those of you in this camp, please, schedule a week sometime this month where you’re going to commit to getting eight hours of sleep a night, and see how well you perform, how much your attitude changes, and how great your week is.

So many of us have been going without proper sleep for so long that we’ve forgotten what it’s like to function like we’re supposed to.

When it comes to your kids, there are much bigger issues than just not functioning at peak performance levels. Kids who don’t sleep properly are much more susceptible to:

So it’s a big deal, really it is, when your child doesn’t get enough shut-eye, and as I’ve pointed out, it’s not going to remedy itself. You might get a night here and there when their exhaustion catches up with them and they sleep for longer than usual, but without consistent, regular sleep, they’re going to experience these symptoms over and over. 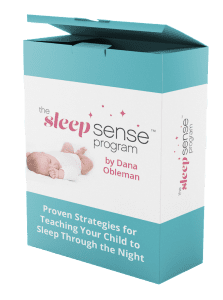 I take a great amount of pride in the fact that The Sleep Sense Program has helped so many families to break free of this cycle and get the sleep they need. If you’re experiencing sleep issues with your child, why not give it a try? It’s been the solution for over 109,000 sleepy families, and it’s backed by a 1-year, no hassle guarantee. You’ve got nothing to lose, and peaceful, sleep-filled nights to gain!

“I must say the program is nothing short of a miracle…our little baby was 5 1/2 months when we did it… and it’s changed all of our lives. I didn’t have much faith to be honest… but it all unfolded as your book indicated, much to our delight. Ryder sleeps through the night and naps like a baby!

“I ordered the sleep sense program and had wonderful results.
Tyler slept through the night without any crying by the second night.Thank you for the information, it really helped!!”

“Why didn’t we try this sooner? As we speak he is sound asleep in his crib – and has been since 7:15pm. We are so pleased to get the evenings to ourselves again, and Tinius – who has always been a very happy boy – is even more happy now!”

“I would like to say a huge “Thank You” to you. Your system is well explained and well researched and had worked wonders in our house. It is like Hannah is saying “Thank you Mommy – I really needed this”, she is so happy since we began.”