Why I Hated Breastfeeding 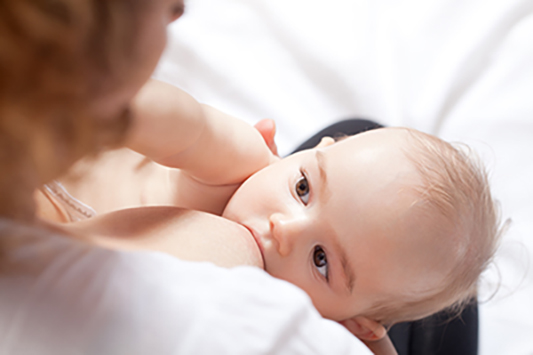 Before we get started with what’s bound to be a bit of a controversial post, let me throw down some ground rules.

First of all, your individual experience with breastfeeding does not, in any way, entitle you to tell other women that it’s easy. Anybody chiming in with the old, “I breastfed all three of my kids no problem! Just speak to a lactation consultant. They’ll show you how to get a proper latch. Smooth sailing after that,” is going to be hunted down and kicked in the shins.

Second, anybody starting a sentence with “Studies have shown…” has to provide a link to a peer-reviewed, scholarly article. No linking to other blog posts or pseudo-journals that make the same claims as you. I can do the same thing to argue that the earth is flat, but it doesn’t make me right.

Third, keep your passive-aggressive, judgmental comments to yourself. Nobody wants to hear the, “Breastfeeding has been proven to produce superior kids, and not doing it is child abuse, but maybe you’re just a bad parent, and that’s okay! Do whatever works for you!” idiocy.

If those rules aren’t acceptable to you, please hit the back button on your browser.

So now that we’ve gotten that out of the way…

When I was 8 months pregnant with my first child, a package arrived at my door. I tore it open with no small level of excitement, and to my shock and amazement I found…

A huge tin of formula.

And I was pissed.

Some random chemical company had somehow gotten wind that I was having a baby, and they had the nerve, the straight up gall, to suggest that I wasn’t going to breastfeed? That I was going to give my baby some synthetic potion instead of breast milk? No sir, not this girl. My baby was going to have the best of everything. The formula went straight into the trash.

Truth was, I was looking forward to breastfeeding. On the list of ten things that define motherhood, it’s, like, numbers one through seven.

My baby and I were going to sit together in the early morning hours, draped in fluffy baby blankets in an old fashioned rocking chair, and I would sing softly to him while he drew the life-giving nourishment that my body produced for his growth and development.

Only, turns out, nope.

It wasn’t like that. It was hard, it hurt like hell, it took forever, it was constant. He fussed, he squirmed, he cried…. It. Was. Not. Working.

If it had been anything else, I wouldn’t have felt so cheated. I could have dealt with him rejecting cuddles, backing away from kisses, crying when I tickled him, but not wanting to nurse… that was rejecting me. And I didn’t like that feeling at all. (Yeah! Two can play at this game, kiddo.)

So, naturally, I did what any normal, well-adjusted mother would do, and I pushed that feeling down into a deep, dark place where I would never have to acknowledge it. Sweet! Problem solved.

Only it wasn’t, of course. The instant I was done feeding him, I would start to dread the next time, which inevitably came about an hour or two after the last failed attempt. Every day, every night, was just an ongoing cycle of trying to nurse, failing, feelings of guilt and inadequacy, foreboding about the next go ’round, hating myself, and oh, look! It’s time to do it all over again!

I felt horrible. I felt like a bad, bad mother. How could I, who had worked so hard to get pregnant in the first place, who had given up every delicious vice for a year and a half, taken my folic acid like it was a religious rite, exercised furiously and read every single book on pregnancy and babies in the English language, then learned new languages to read new baby books in other languages, how could I hate this most basic element of being a mom?

I can remember hitting a breaking point and finally expressing my displeasure to my husband. He wanted me to keep trying, of course, because it was the “best thing” for our son, and he wasn’t alone. Everywhere I looked for advice, someone was telling me, “You HAVE to do this! You can’t stop! You can’t give him formula!” It was nurse or die, according to the experts.

They were the darkest days of my whole experience as a mother, to date. (Pausing here to knock on some wood. Teenage years are just over the hill.)

After four months of this soul-wrenching endeavor, I was sitting on the couch, making the 100th attempt of the day, and knowing it was going to end up the same as all the others, I started to cry. I tried to maneuver so that my big, fat, sorrowful tears wouldn’t splash on my son’s face, but the lactation consultants don’t teach you that technique.

That was when it hit me. “This can’t be good for either of us,” I thought. “How can it be ‘good’ for my son to have me sitting here crying on him? How can it be good for us to endure this process we both so clearly despise? What’s this going to do to our bond?”

I went in for my son’s check up a few days later and when my doctor asked how things were going I broke down crying. I was so ashamed of myself. I was exhausted, I was beaten, and I was unbelievably sad.

She sat down in front of me, took my hands, looked me in the eyes, and said the most beautiful four words I could have imagined.

To this day, that woman has no idea how close I came to kissing her right on the mouth.

I cried all the harder, and she said, “Do you need me to call your husband and tell him you need to stop?”

Again, I was so relieved and so grateful. I didn’t need her permission, obviously, but after all of the finger pointing and lactation propaganda, it was so nice to hear someone say that I didn’t have to do this if i didn’t want to.

I went home, sat my husband down, told him how much this was hurting my relationship with my baby, how sad it was making me, and that I was going to stop.

“I think that’s the best move here,” he said. “This can’t be good for either of you.”

I started formula the next day and immediately felt a weight lift from my shoulders. I felt happier then I’d felt in months. My baby seemed happier too, whether from the steady, unlimited supply of nourishment he was getting, or from the positive energy flowing off of his smiling, relieved mother, I guess we’ll never know.

So it wasn’t in the cards for me to be the iconic depiction of the nurturing, natural mother. I was much more comfortable with the image of the smiling, bottle-wielding mommy than the sobbing, broken woman with the underfed, miserable child.

I can say, honestly, even proudly,  that it was one of the best decisions I ever made.

I had two more children after my son. With both of them, I tried nursing again, thinking maybe those old feelings wouldn’t be there. I was very clear with myself though, that if the resentment and misery started rearing their ugly heads again, we were pulling the ‘chute.

I made it to 4 weeks with both my son and my daughter. They are 13, 11, and 9 now. None of them sprouted flippers or gills, they’re not asthmatic, or allergic to their own saliva. None of the horrible consequences I was warned of ever materialized. That’s not to say that the research is flawed, or that my experience is typical of the oppressed, frightened mothers who are being beaten down by the breastapo. It’s my recollection of my personal breastfeeding experience. Nothing more.

So I’ll just grab my coat and bid you all goodnight, and as I’m slipping out the door, I’ll just poke my head back in and quickly add…

Women shouldn’t breastfeed if they don’t want to. Okay bye.

“I would like to say a huge “Thank You” to you. Your system is well explained and well researched and had worked wonders in our house. It is like Hannah is saying “Thank you Mommy – I really needed this”, she is so happy since we began.”

“Why didn’t we try this sooner? As we speak he is sound asleep in his crib – and has been since 7:15pm. We are so pleased to get the evenings to ourselves again, and Tinius – who has always been a very happy boy – is even more happy now!”

“I ordered the sleep sense program and had wonderful results.
Tyler slept through the night without any crying by the second night.Thank you for the information, it really helped!!”

“I must say the program is nothing short of a miracle…our little baby was 5 1/2 months when we did it… and it’s changed all of our lives. I didn’t have much faith to be honest… but it all unfolded as your book indicated, much to our delight. Ryder sleeps through the night and naps like a baby!